In the late 1950s, Hubert Piersol opened a small toy and variety store at 3101 East Coast Highway in Corona del Mar. At the corner of Jasmine and Coast Hwy the Toy Shop sign was very visible. His wife ran the store until he hired Mrs. Silvester to manage it. Billy McNeilly began working there in 1961 and in 1967 bought the Toy Shop. She continued on as the neighborhood place to buy gifts, beach toys and helium balloons. If you needed a gift for a birthday party, you would call the Toy Shop and tell them the age and gender of the child, and when you came in the gift was wrapped and a card available to sign. During the annual Christmas walk, the front of the Toy Shop was the perfect place to assign a snappy Marine, posed to accept gifts for Toys for Tots. The Birthday Book in the rear glass case came into being in the late 1950s and had many names of kids who attended the local schools and who continue to live in the area. The worn pages are a real history of the young people who lived and grew up in Corona del Mar. 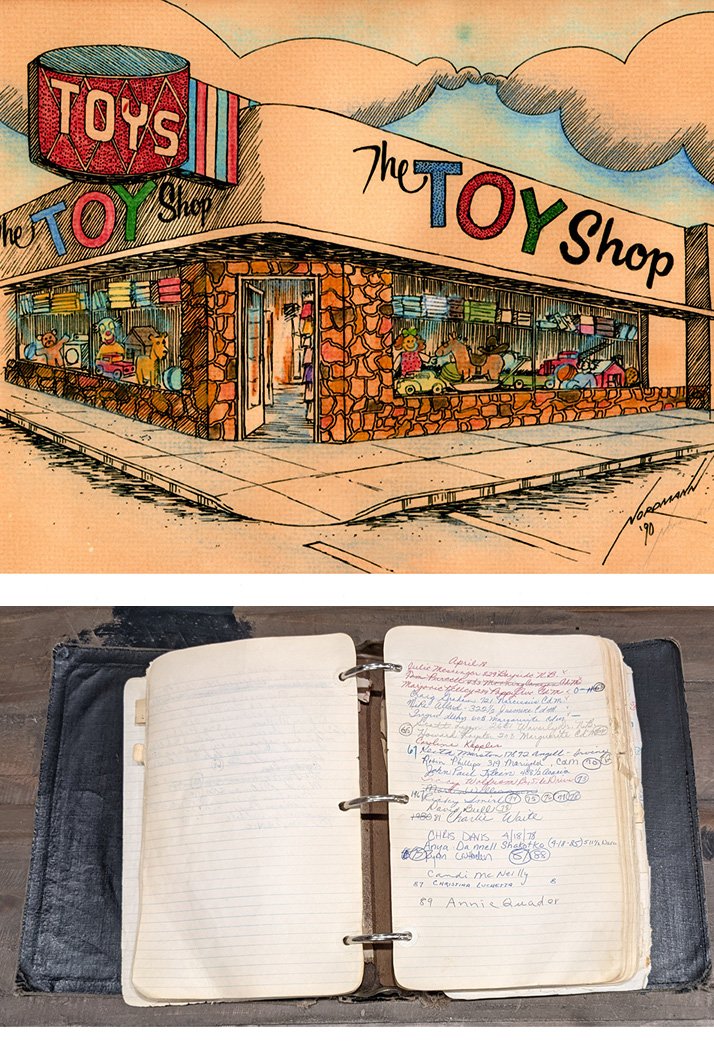